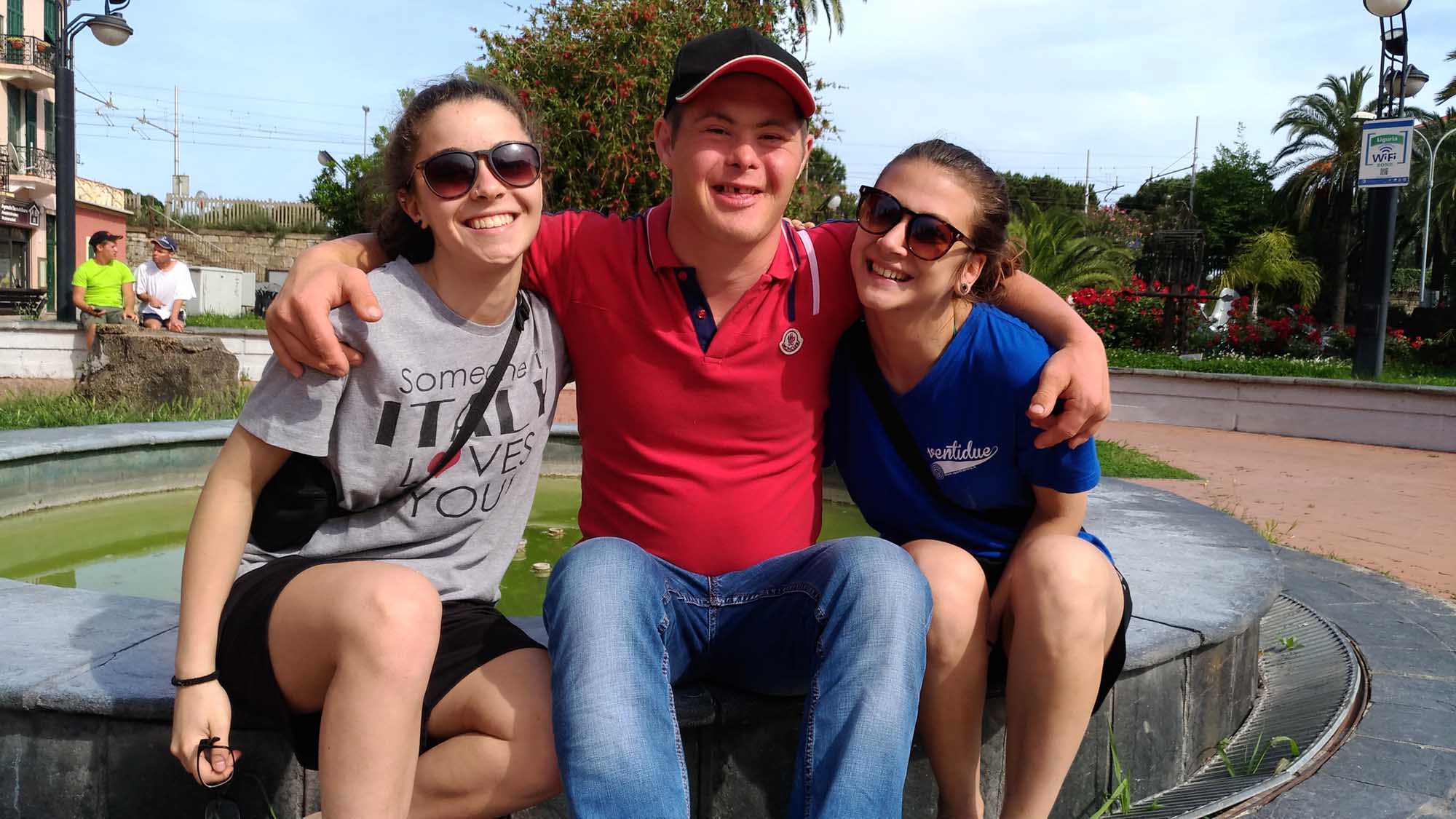 Here is another story, among many many beautiful stories of friendship that have been written and written in Borghetto. It is the case of Serghej, also with down syndrome. A few years ago Serghej lost his “volunteer”, the one who for years was his biggest friend Mauro, who died prematurely due to a heart attack. Well, Serghej still today, when he arrives at Borghetto, asks for a cell phone, presses some random keys and starts talking in a very sweet way with Mauro. Then, when he’s finished, he kisses the phone and sends one to the sky, indicating that Mauro – his friend – is there.

We told the leaders of his Internat that in Belarus never speaks of Mauro, who merely keeps his picture under the pillow but as soon as he arrives at Borghetto here is that the tie resurfaces and is strengthened and Mauro must be contacted in some way.
This story makes us understand which deep link is formed between disabled children and their volunteers. For them they are (we are) like a mother or a father that they never had. I am a friend to play with or a brother to trust his secrets.