Chernobyl: Does it still make sense?

Does it still make sense, thirty years later, to continue talking about a tragedy, then heavily underestimated, that has shaken the world?
Unfortunately, yes, it still makes sense because the effects of that devastation, caused by the outbreak of a nuclear reactor in Chernobyl, continue to pollute the environment and the people who live there. And it is precisely the children who continue to suffer the effects of radiation. Malformations, tumors, physical and mental disabilities are the most obvious effects of that disaster.

What do we do

We bring to the sea in Liguria for one month more than 70 disabled children.
In fact, since 1997 every year in May, the Unitalsi monza welcomes children with disabilities who live in orphanages, the so-called “Internat” (Click here to find out more) in the Casa della Gioia in Borghetto Santo Spirito. In particular we help children living in the Gomel area, one of the most contaminated areas of radiation on April 26, 1986.

Because the holiday is important 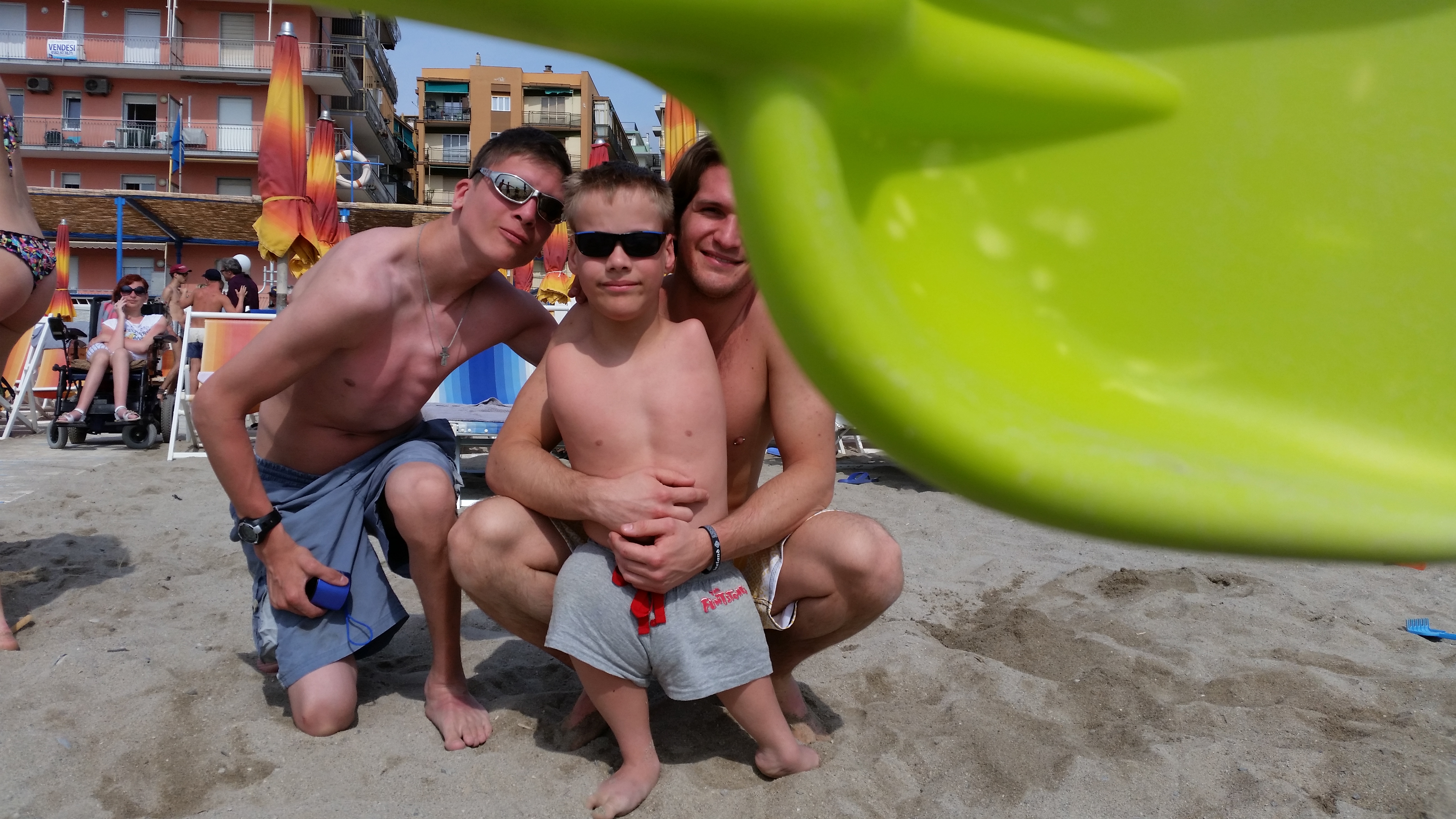 Especially for the children of Zhuravichi who live very isolated from the rest of the world this month of vacation is really the reason for life, hope and the dream that chase during the rest of the gray and cold months of winter. The first months after returning home are alive and full of good memories of the past holiday while the following months are filled with the expectation of the next holiday. This is what makes Borghetto the month unique and irreplaceable.

They are small, children and children, hungry for affection, in love with the “macaroni” and bananas, incredible admirers of Nutella and real tomatoes (those beautiful red and fleshy that have nothing to do with their …), tender puppies that they are looking for your hand and are surprised when an adult plays with them, they are almost all a bit ‘clairicant and shabby, smaller than their age, often wary and afraid: they all have a heavy amount of cesium and strontium in their body and this It exposes them to the tumor – in particular the lymphatic system and the thyroid – and prevents the calcium from fixing itself in the bone with all the consequences. 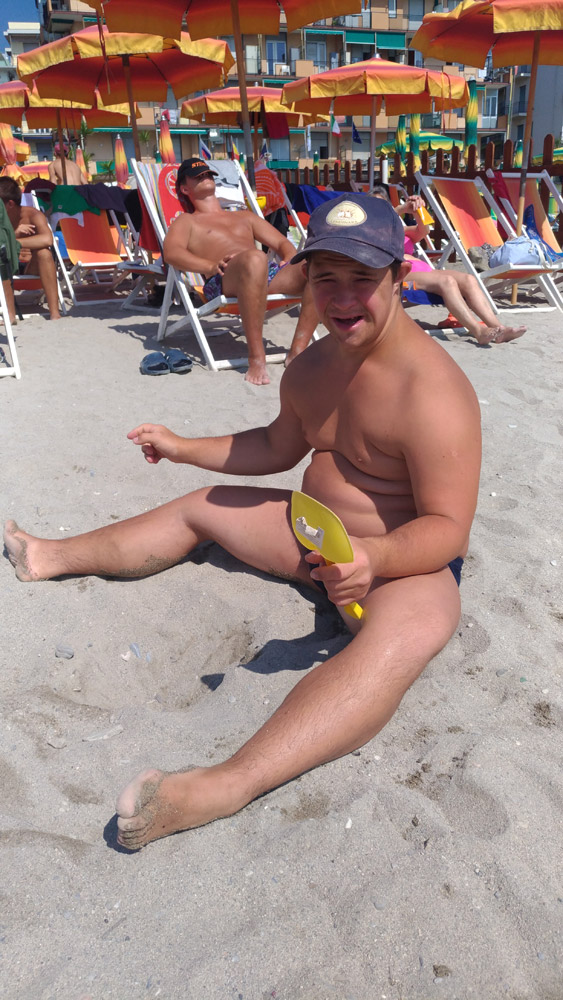 Often we see a little boy coming back the following year, walking worse than before, and the explanation is simple: he fell and the fracture did not weld well.

To these puppies we give a month of paradise, friendship, affection without conditions, small whims granted, bingo and games on the beach, incredible dishes of “macaroni”, pizza, ice cream, train … but above all consideration .

Really this is the thing that affects them most and that, beyond the language barrier, however, overcome with fun and funny attempts on both sides, we can grasp: we are people and not numbers in an Internship, we are life and not survival.

From 1997 to today we have seen so many small, many stories of daily poverty, so much need of affection and many, many grateful smiles. In fact we have also seen many tears, so many convulsive sobs at the airport at the time of the return (even if it is difficult to distinguish ours from their …), many requests, in difficult but comprehensible Italian, to be able to return again.

When in 1997 the Council of the Subsection decided to open the doors of the House of Joy to people with disabilities in the Chernobyl area, the idea was born from an article in a daily paper that told the great solidarity bridge that led to the explosion of the nuclear power plant. Italy many children and many children guests of families. 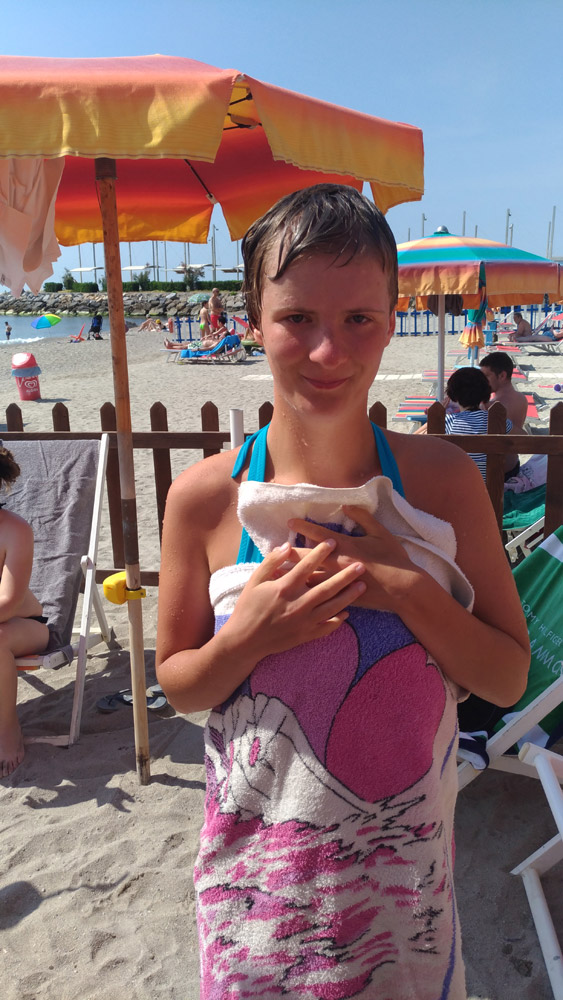 The International Medical Community believed and believes that a month, for three consecutive years, spent in a healthy environment, with unpolluted air and water and a rich and correct diet, can constitute for the people living in a strongly contaminated reality a real and its own burst of energy capable of mitigating the effects of constant poisoning.

But the generosity of many Italian families excluded the disabled, those who can hardly be accommodated in a “normal” house for architectural barriers but also for linguistic barriers, those too serious for any unprotected structure.

And so let’s start our chain of solidarity, here is opening the doors of the House of Joy for an experience that has opened and opened the heart and life of many volunteers, here is the first invitation to the Children’s Fund of Chernobyl with a strange clarification : we want those that nobody wants.

Those that no one wants are our beloved ones today

Someone of the first guests has already married, has become big and slowly adagio has been created, thanks to the help of the Unitalsi volunteers, one of his life, his family; someone is too serious to do it and every now and then – even if it’s grown up – returns to the month of May for a pampering and, why not, some little help; someone is not able to understand but he senses that we love him and is happy like that.

And then, the House of Joy for twenty years in the month of May celebrates the praises and shares the Eucharist in a mixed rite that, we are sure, would horrify our distinguished theologians and Orthodox but caresses and entertains the heart of the Father. He speaks in Cyrillic or rather speaks in an almost incredible mixture of dialect and Cyrillic. You will not believe it but some of our older volunteers have discovered that we understand better with them in dialect than in Italian…

But in the month of May the House of Joy speaks more than ever the language of love that knows no boundaries, which extends the heart beyond the boundaries to arrive in a reality from which words like tenderness, sweetness, attention seem to have been erased.

The House of Joy speaks of a boundless solidarity and the best gift we have had from an intern teacher who accompanies these children. She has been in Italy for many years with the group of youngsters and from the initial diffidence she has also passed to a smile and to sharing. With tears in his eyes, greeting us at the airport, through the interpreter he told us an infinite thank you for all the beautiful things he could do but above all because we changed his life teaching them what solidarity, gratuitousness is. The miracle of the House of Joy, the miracle of the UNIVERSI that knows no boundaries has been realized yet. 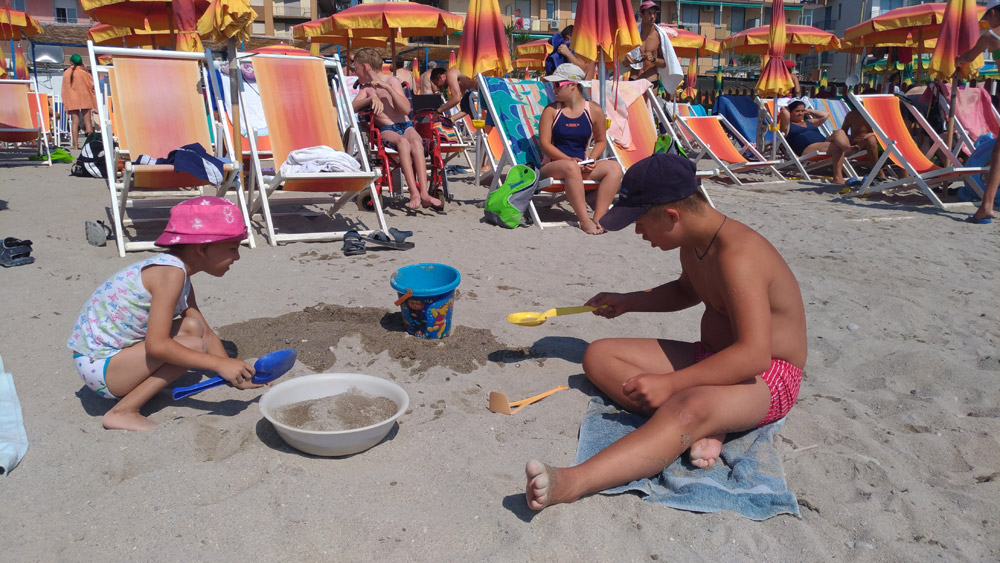 Many other guests have found, thanks to the stay in Borghetto and the friendship of the Unitalsian volunteers, the smile and a chance for redemption once they become adults. Going to see them in their small studio with lots of photographs of Borghetto, is always an emotion and a great joy. Click here to find out how a typical day in Borghetto takes place.

The return to Belarus with the end of the holiday is marked by so much sadness, by many attempts and requests to stay, by so many tears and of us volunteers. We try to give them as much as we can in small gifts, sweets, Nutella, Kinder, caress surplus but what we are asked – in a thousand different ways but all equally understandable – is the possibility to return next year for five weeks as children, as children, by people and not by numbers.

This is the request that everyone, no one excluded, have done to our volunteers who went to visit them. And that is why we are knocking at the heart of so many generous friends so that it is possible to return them all, without disappointing expectations and extinguishing hopes.

How to help us

Here this is our story and our project.

If you want to help us, click here and discover the costs of the project and what you can do for them, thanks.